There are various means of equalising proceeds but if all the land is expected to be developed, this is often pro rata to the planning consent area and, on occasion, particularly for larger schemes where housing numbers are uncertain, sometimes it is appropriate to equalise part of the proceeds to follow the planning consent area and part of the proceeds to follow the area included in the consortium agreement to start with.  That way, there is a ‘consolation prize’, with some proceeds payable to landowners whose land may not be developed, in recognition of the original agreement and the fact that they were willing to join in helped secure a planning consent.

These agreements can work well where there is confidence as to the boundaries of the planning consent area (for example, following an allocation or draft allocation in a Local Plan and regarding timing, phasing and land constraints) that would create additional complications for equalisation or preclude trust pooling (please see taxation).

A conditional contract can be a useful means of reaching an agreement with a developer where values are unlikely to change significantly  in the period of conditionality and where it is necessary to give the developer control over the final form of planning consent.  Developers like them because in most cases the developers have control over the element of conditionality and therefore it is not unusual for developers to produce draft conditional contracts that are in effect no better than option agreements.  They can however be useful for landowners when trying to speed up a process over a short period and at a price that has been agreed and a good example might be to exchange a conditional contract, conditional only upon expiry of a third party challenge period (with any third party challenge outside the control of both a developer and a landowner) and to facilitate exchange and completion in quick succession thereafter.

There are a raft of potential misalignment of interests under an option, the most obvious one being that if a builder is paying a landowner a fixed percentage of Market Value, e.g. 85%, the incentive is for the builder to minimise Market Value once it reaches any minimum sum threshold.  This is just one of many potential pitfalls which are outlined in further detail in the link to our article on options, ‘It’s Your Option or Is It

Hybrid agreements are increasingly used by house builders and their agents as a means of seeking to persuade landowners that they get the ‘best of both worlds’.  The arguments put forward are that they get the benefit of a major house builder (ensuring confidence in delivery) whilst also maintaining an alignment of interests through the hybrid nature of the documents.  The theory is that the hybrid agreement is based on a promotion agreement with the house builder then having a right to develop out some of the land.

As a proportion of total agreements put in place by Sworders in the last twenty years, hybrid agreements represent fewer than 10% (but still more than option agreements).  There are many pitfalls with hybrid agreements but the main one is that typically house builders want to be able to acquire a bigger proportion of land than they pay for initially and this immediately creates misaligned interests and can give a house builder an incentive to minimise value rather than maximise it.

The popularity of joint ventures has waned during periods where there is a substantial difference between the rates of capital gains tax and rates of income tax but they still provide a potential opportunity for landowners to become involved in a development and typically this can be through a limited liability partnership or a Special Purpose Vehicle limited company.  There can be the opportunity for a landowner to achieve capital reliefs first in transferring the land to a joint venture company with the developer putting cash into the company to acquire their share of the land at a sufficient level to cover the landowner’s capital gains tax and provide any up front monies required.  In some cases, landowners put in the land, the house builder funds the construction of houses and the receipts are divided in a pre-agreed manner.   Although representing a very small percentage as a whole of developer agreements, Sworders has advised on a significant number over the years.

There are a raft of potential pitfalls when it comes to taxation of strategic land and Sworders work closely with clients and their accountants and solicitors to achieve any legitimate tax savings that may be available. 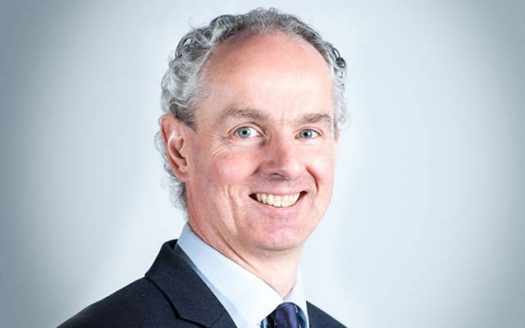